Harry Vardon passed away on 20 Mar 1937 at age of 66. His name was included in World Golf Hall of Fame in 1974. In 2000 , he was rated as 13th best golfer of all time by Golf Digest Magazine. His six medals from British Open Championships are displayed at Jersey Museum. The PGA of America and British PGA have trophies named after him. Hi si often called “Mr Stylist” , “Mr Golf” and “Icon of Golfing”

This was the start of a great career in Golf for Harry Vardon. He went on to win Six Open titles (record still Stands) and a US Open title in 1900. He won 49 Professional titles in his career. 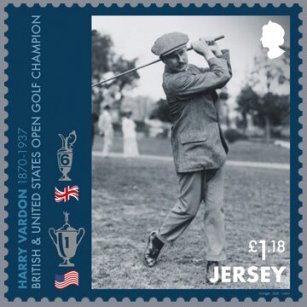